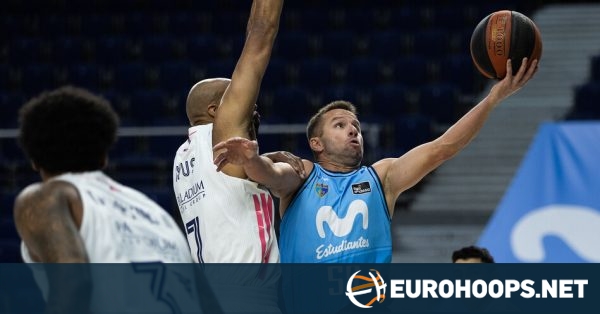 J.J. Barea and Estudiantes have reached an agreement for the two sides to part ways as Encestando reported and the player later confirmed. The former NBA champion had joined the team on January, signing a contract until the end of the season

“It becomes official tomorrow [11/5), Barea said to El Vocero. “But yes, I’m going home to see my children. But it’s all good. We came to an agreement. What’s left is one game and you had to wait until May 21. They postponed it then. But I told them that I had to go home and see the childre. Tomorrow I leave for Dallas.”

“The last time I saw my wife and children was in Puerto Rico during the Window (AmeriCup Qualifiers in February). It has been tough,” Barea added. “Not having the children and my wife here has ben very tough and I’m already desperate. I can’t take it anymore.”

Barea, 36, averaged 12.6 points (on 40.0 percent 2-point shooting and 30,8 percent from the 3-point line), 4.7 assists and 2.3 turnovers in 22:45 minutes over 18 games in his first appearance in the Spanish League and European basketball in general. Estudiantes has lost in its last eight games and will fight to avoid relegation in the final round of the regular season against Gran Canaria.

A sensational Brizuela leads Unicaja to victory in the pr …