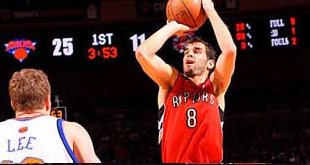 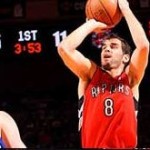 Yet again, NBA record breaking is becoming standard for many Spanish basketball players who come to the NBA. Yesterday, Rudy Fernandez and Jose Calderon broke NBA records. Calderon almost broke the record of most consecutive free throws in December however missed one in the determing game back in 2008. However, he still finishes the season as the best free throw shooter in the history of the NBA in a season with a percentage of 98%.