Barcelona had its way in the second half to beat Burgos on the road 93-77 on Sunday, to continue its winning streak in the Spanish Liga Endesa (25-3).

Kyle Kuric led the way for the visitors with 24 points (3-for-4 from the three-point line), Nikola Mirotic followed with 21 points and Cory Higgins had 10.

Earlier on Sunday, Joventut (16-11) prevailed over Valencia with a 102-89 victory on the road. Pau Ribas led the way for the winners with 16 points and Shawn Dawson posted 16 points. Louis Labeyrie and Sam Van Rossom posted 13 points each for Valencia (17-11), which slipped its fourth straight game.

Baskonia bounced back with an 82-68 win over Andorra on the road to remain in the third position of the Liga Endesa standing with a 21-7 record.

Marcelinho Huertas: “Whenever I enter the court I have the … 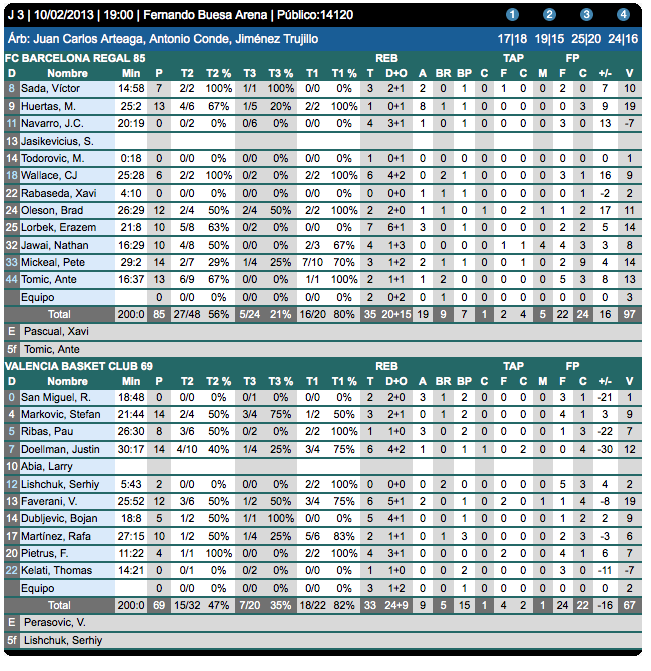