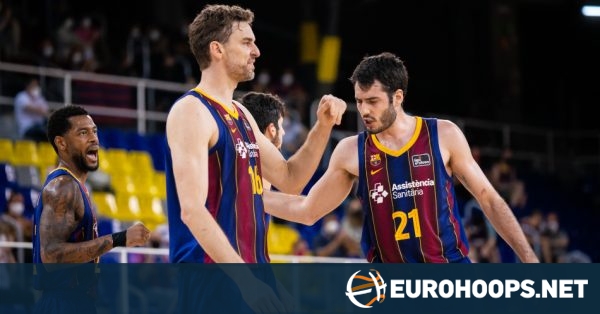 Pau Gasol made the start and Kyle Kuric finished the job for Barcelona in Game 3 of the Spanish ACB quarterfinals All-Catalan clash against Joventut Badalona.

Gasol scored all of his 14 points in the first half and Kuric delivered 5-5 3-pointers in the third period and 22 points overall as Barca defeated Badalona 94 – 73 to win the best-out-three quarterfinal series and move to the semifinals.

Barca held a 45 – 38 and Kuric unleashed his triples to push the Blaugrana towards taking a 82 – 52 lead at the end of the quarter. The American sharpshooter had 6-6 overall.

Badalona, that had won Game 2 at home, was overwhelmed 37 – 14 after the break and was unable to recover completely. Ante Tomic had 17 points and five rebounds for the visiting side.

Barcelona will face Lenovo Tenerife in the semifinals. Real Madrid and Valencia will also clash for a spot in the championship series.

The team of players with intellectual disabilities in which …