#LaFamilia leaves Paris reinforced on its way to Tokyo …

In the midst of a great atmosphere at the Accor Arena in the French capital, the Men’s and Women’s National Teams featured in two great matches in the second and final clash with the French national teams. Lucas Mondelo’s team, with Alba Torrens and Maite Cazorla as outstanding players, reacted in a great second half and was very close to victory. For its part, the team led by Sergio Scariolo added a second victory over France, the fourth of the preparation, with a Ricky Rubio who set a spectacular last period in which he scored

#SelFEM: Spain offers a great image in its last match before Tokyo (80-75)

Last game of preparation before Tokyo for the Women. Time for Lucas Mondelo to carry out tests and tactical adjustments for the Olympic Games. Without the gigs Silvia Domínguez, Laura Gil and Cristina Ouviña, and Astou Ndour, who will join in the next few days; a Spain from less to more ended up bordering on victory with an outstanding second half.

France came out more plugged from the start, with Williams and Gruda leading the charge. An 11-5 that forced Lucas Mondelo to request a timeout and introduce the first rotations of the afternoon. A triple by María Conde and a penetration by Leo Rodríguez brought tranquility to the National Team (13-10), but the bleus did not lower the intensity and penalized the visitors’ losses to take off again on the scoreboard (19-12). As the minutes passed, the National Team began to circulate the ball better and find the spaces to attack the ring. Some good minutes in which Queralt Casas’s drive and the finishes of Paula Ginzo were key, leaving a tight 23-21 to close the first act with good feelings.

A positive dynamic to which Alba Torrens continued with a pair of triples that equalized the score (27-27). Moment in which there was a new change in the script with a partial of 14-0 favorable to France. Complicated moment in which Alba Torrens continued to produce so that Lucas Mondelo’s team remained on the bench (43-33). The shots were found, but without aim (51-40).

The Selection tightened in defense after passing through the changing rooms and with a 6-0 partial in minutes and a half with baskets by Casas and Raquel Carrera, Spain fully entered the game (51-46). France was able to react and regained an advantage around ten points, starting a phase of exchange of blows in which Maite Cazorla assumed gallons in attack.

With 68-58 in the absence of the last period, Spain raised defense benefits. Without stopping working, and led by a plugged-in Maite Cazorla, the National Team caressed the final comeback and victory at the Accor Arena in Paris. Despite the losses, those of Lucas Mondelo competed face to face with the current runner-up in Europe. There are still days of work to go, but the team is heading in the right direction towards the Tokyo Games.

The first 6 points for France scored by Fall under the ring and the reply from Spain with two triples (Rudy and Abalde, Juancho’s substitute in the starting five) summarize the first three minutes of the game, which was followed by a slump in the Selection, which has conceded a partial 7-0 (13-6) while Scariolo has started the rotation, giving new air to the inner game with Willy and Garuba. Ricky has broken the set against but not the imbalance in fouls (0-4). The first that has fallen to the French has led to a spectacular 2 + 1 by Chacho, taking advantage of an assist from Llull in a quick counterattack; seconds before, Sergio had scored a triple, and with his 6 points the score was narrowed (17-14). Shortly after, from the free throw line (3 of 3), Llull put Spain ahead for the first time (18-19). Willy finished it off with 4 points and the first quarter ended 20-23 (7-17 in 5 minutes).

At the resumption, two triples in one minute from Ntilikina and Luwawu were not enough to counteract the best criteria of Spain, which has not lost command of the scoreboard (27-31, after a Willy basket) despite going through a phase of shot mistake. He has even increased his advantage, after two triples by Brizuela in less than 20 seconds, barely out on the track (29-37, minute 18). Dominating the rebound despite the French centimeters, making them hesitate in the outside shot and playing with speed and rhythm, the final stretch of the second quarter has been an exhibition of the National Team, which has reached +10 (31-41) after a basket from Ricky in a quick attack. France has only avoided falling further behind thanks to 5 free throws from Fournier. At halftime, 36-45 and great sensations. In other words: a 23-39 run in 15 minutes.

France has raised the bar on its defensive toughness after the break, has bothered the rhythm of the National Team and the referee’s criteria have pushed the locals as much as the 5 consecutive points of Ntilikina. A new triple by Brizuela -the third on his account- has been the only basket in play for Spain in more than 4 minutes but even so he has not lost the face of the game (47-52, minute 27, after two more worthy baskets Willy). Shortly after, Abalde’s fourth foul fell, added to a technique, which gave Collet’s men the ‘bonus factor’ in the absence of 3:29 for the end of the quarter. Sergio Rodríguez has responded to a triple by Yabusele with another basket of 3 (56-57), Spain has defended the last two French attacks impeccably and Llull has taken advantage of an assist from Chacho to add again. Gobert’s free kick left everything open at the end of the third quarter (57-59).

With a triple by Llull, Spain continued to hold the slight advantage (59-62), but France responded with a 5-0 lead to take the lead with a dominating Gaubert in the paint (66-62). A bomb from El Chacho made it 66-64. It was difficult for the National Team to score, but through a good defense, France found it impossible to open an advantage. The combination of Rodríguez and Claver tied the match at 66 halfway through the quarter. Rubio assumed responsibility with six goals in a row, but Gaubert continued to hurt (70-72). Ntilikina’s triple was quickly answered by a triple and a layup converted by El Masnou’s (74-79). The departure of the Catalan base, who went up to 17 points in this period was a complete revolution that culminated with another success from 6.75 (79-84). With a basket from Llull and another free from Rubio, the clash ended at 79-87. 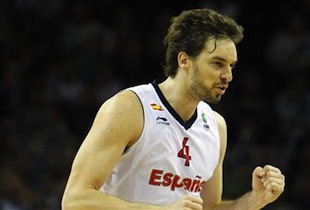 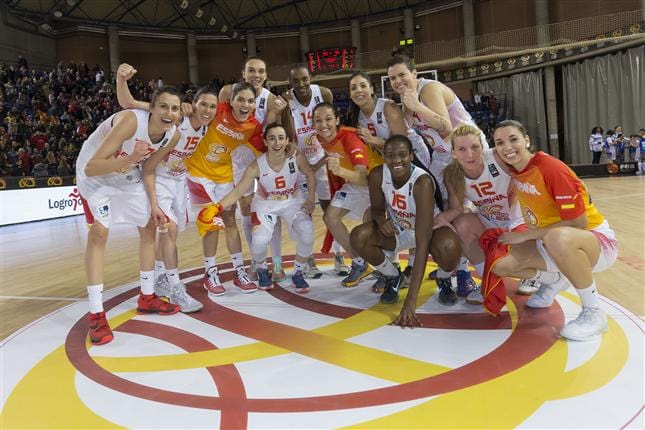