Leo Rodríguez and his indelible smile for dressing 100 times the…

“A trajectory of learning, of joys, of dreams that I didn’t know I had and of having a smile wearing the Spain shirt because I feel privileged”. This is how the Gran Canaria escort Leo Rodríguez defines his path in the National Team, which already covers up to 100 caps.

For Leo, one of the fundamental aspects to remain part of this group over time has been to be oneself. “If you are here, it is because they have brought you for being who you are and for doing well what you do well, then you have to be yourself, develop your game, not try to be different and from then on things will happen one way or another but you will always have the clear conscience”.

The player assumes the hundred participations happy, proud and feeling privileged. “Who would have told me the first day I put on that red shirt. It is to be fulfilling a dream that I had never imagined because I started playing basketball because I had fun, I had a good time and I could combine it well with studies and little by little a career was formed.

The escort reviews his career highlighting moments such as the 2014 World Cup in Turkey, the 2016 Rio Olympics or the 2017 European Championships in Prague. He also talks about not falling apart when things don’t turn out as expected.

“We will see long that 2021 did help, it was a pothole that now makes us work harder, unite, new talent enters, new illusion, self-confidence”.

Among all her experiences with Spain, Rodríguez is left with the moment of climbing the podium hand in hand with her teammates at Rio 2016 with an exceptional silver medal around her neck. “Those Games were indescribable, I remember not wanting to go to sleep so as not to miss anything, everything was so special, so unique.”

The champion falls to difficulties and a great Serbia (71 -… 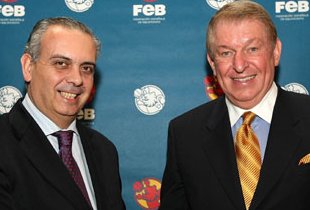 CaixaBank accompanies the Spanish National Teams before their …