ANDl Real Madrid started his preseason with a loss to the UCAM Murcia (80-84), in the V City of Albacete Trophy. The first game of the team of Laso It showed that the players who were in the Olympic Games are still tired from that tournament, and that there are too many new pieces that have to mesh. That there is work to be done.

And also that this Madrid will speak French for a large part of the season. In fact, in Albacete the best of the white team were Gauls: Causeur, Yabusele and Heurtel. Causeur because he ended up being the best scorer in Madrid, Yabusele because he gave the necessary energy for the team to improve its image in the second half (and achieved a huge mate) and Heurtel because he attended, scored and directed.

Less bright was Nigel Williams-Goss, another of the novelties of which much is expected although in Albacete it will hardly go unnoticed. Laso counted in this clash with other Olympians as Llull, although he played a few minutes and Poirier and had the casualties of Rudy, Abalde (both rushing their vacations), Thompkins, Randolph and Tavares playing with Cape Verde in the Afrobasket. The young man had minutes Ndiaye that was at great height.

For UCAM Murcia it was also the first preparation meeting and it also served to present some of its novelties such as Thad McFadden and Chris Czerapowicz, but the Murcian team came out more plugged. So much so that at the start he scored a 0-10 score with Madrid still in the locker room, at least in spirit. The outpouring of UCAM gave way to balance once Laso called his players to chapter. In this clash it was a constant that Madrid handed over the start of each quarter to its rival. The hell in the third cost him the game.

In fact, after passing through the changing rooms, UCAM got to 14, 39-53, with 4:58 to go to the end of the third period and obtained its greatest advantage over the horn of that act, 49-65. Despite the friendly nature of the match, Pablo Laso asked for defense and intensity. That was given to him by Yabusele, who infected his desire so that Madrid, who had the match lost in the middle of the last period, 60-73, tried to come back with enormous defensive pressure.

The great mate of Yabusele posterizing Cate, also the robberies of Hanga and the triples of Heurtel. All insufficient before the final push of McFadden named MVP of the match, in a UCAM Murcia that ended up celebrating his victory. Both teams will meet again this Saturday in Malaga. It will be Madrid’s last preparation match before the Super Cup. 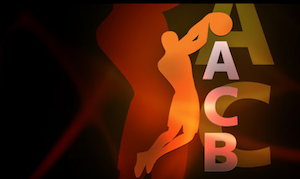