NIkola Mirotic, Barça’s Spanish-Montenegrin power forward, was elected Best Player (MVP) of the third day of the Endesa League after his great performance in the match between his team and Rio Breogán, in which the Catalans met they ended up imposing 78-69. The power forward added 22 points, captured seven rebounds and also put a block and forced ten personal fouls, which earned him a final rating of 32 credits

This is the second consecutive appointment of the Barcelona leader, who was also recognized as MVP in the previous day, when he went to the 36 of valuation in the victory of his team against Gran Canaria. In just 48 hours, Mirotic accumulated 68 credits that make him the leader in statistics in the Endesa League. In three games he averaged a PIR of 27.7, followed by Leo Meindl (Urbas Fuenlabrada) and Jaime Fernández (Unicaja), both with an average of 24.7.

Also Víctor Claver, in his best performance in the Endesa League, reached a PIR of 32 on the last day, but the defeat of Valencia Basket and the Barça victory served as a tiebreaker to award the award. 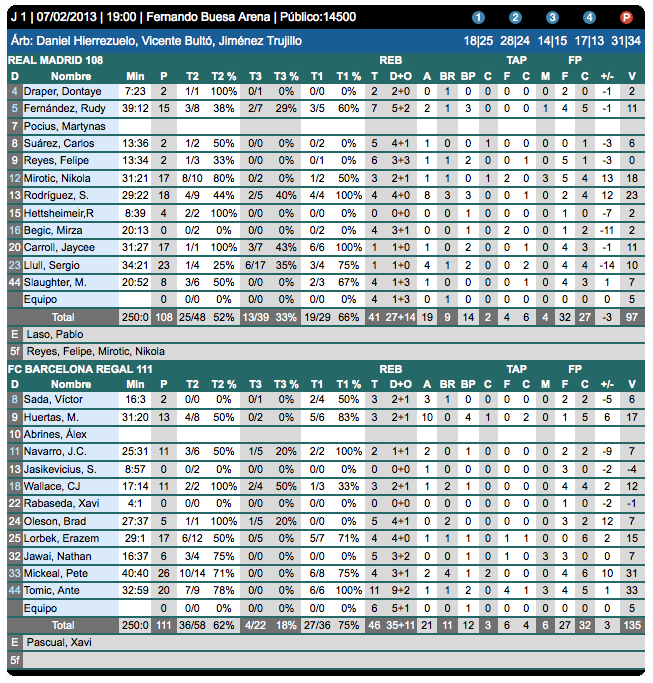