Nocioni: “Let’s not consider Real Madrid for dead this time yet …

ANDl argentinian Andrés ‘Chapu’ Nocioni, went through the microphones of Radio MARCA to analyze the Euroleague Playoffs and basketball news.

“Madrid is in a somewhat strange time, 2 important players have left in the rotation, they have had injuries and Efes is a very tough team that is at a very optimal moment of play and is a bit more favorite “, he valued about the Laso team in the quarterfinals against the Turks.

Nocioni also referred to the departure of Gaby Deck and Facundo Campazzo from Real Madrid to the NBA. “Every player wants to play in the NBA and it is very difficult for a European team to match that when they come looking for you.. Deck’s arrival in the NBA has been a bit weird at the time it happened. Campazzo and Deck are going to have a good NBA career, but they have yet to earn their spot. They have qualities and capacities to respond to the height of the NBA, “explained the one from Santa Fe.

With an impressive record in Baskonia, more than 500 NBA games and all the titles won with Real Madrid, the forward appreciated the present and future of the white project. “Unfortunately we cannot stop the passing of time, it is a great shame, but there has to be a change of course even though Madrid are doing great with young people like Garuba and Vukcevic, but it is necessary to make important signings because the players are turning years old. They have all the potential to remain competitive, but don’t give them up for dead this season either, don’t worry, they still need to play “, he sentenced.

Beyond the white team, Nocioni pondered the figure of Dusko Ivanovic in Baskonia and the return of Pau Gasol to Barcelona. “Pau Gasol’s return is very good, he helps Spanish basketball, it gives him notoriety. I know him and I want him to do well. It’s a shame for the rest of the rivals because if he gets in shape he is a very difficult player to defend, “he concluded.

Still do not listen to Radio MARCA? Download the app to ios Y Android. 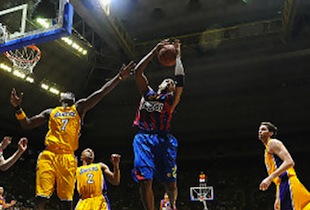 The Government allows the public to return to football and ball …