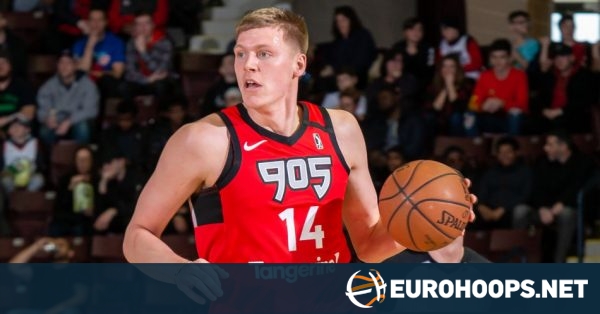 After inking Viny Okouo, Obradoiro is setting sights for power forward/center Henry Ellenson, according to reports by our own Chema de Lucas.

24-year-old Ellenson last appeared with the Toronto Raptors, with which he signed a 10-day contract back in March, coming from Raptors 905 in the G-League.

The American big man was named into the All-NBA G-League Second Team in 2021, after posting an average of 21.2 points, 8.1 rebounds and 2.4 assists to lead his team.

Ellenson was selected with the 18th pick in the 2016 NBA draft by the Detroit Pistons with which he made his professional debut, before being assigned to the Grand Rapids Drive, Pistons’ G-League affiliate.

Lima and Benite put the soundtrack to the presentation of the …

The great incongruity in the Fonteta: 1,500 people per m …