After the dispute of the 3rd day of the Playoff Quarterfinals, the LEB Oro League technicians attended the media to show their impressions about what happened on the field.

The hobbies! These were the main protagonists in the speeches of thanks from the coaches on a Saturday night in which the three qualified teams knew how to take advantage of the push of an audience that returned little by little in the pavilions.

So, Diego Epifanio (Breogán River) wanted to thank the Lugo tide on a night in which they helped his team to move forward: “I want to thank the people who have come to the Pazo because they have been magnificent. They have been a great help for the team, especially when we have returned to the field at times when we were down. In addition, I am very happy for the boys, because they have already taken a burden off their shoulders and now we are going for whatever comes our way even knowing that pressure always exists and that we must know how to live with it “.

A message very similar to the one launched in Castelló in an opposite order by a Pedro Rivero (HLA Alicante) satisfied with the pass of his players after overcoming the field factor of his rival: “I want to thank my players for believing, but not only today, but also from the first moment when things were not going well. They have continued to do things very well so I am very happy for them and for the club because it is something very important for us. And also thank the fans for their presence because we felt very close to them and because we are going to give them another game at home. Now he comes to a difficult tie, but we are not going to give up anything in terms of delivery “.

For its part, Pablo Pin (Covirán Granada) He breathed a little more relieved after certifying a worked pass in a series in which he took the opportunity to make an even greater appeal to the fans ahead of the semifinals: “We knew it was going to be a typical Playoff game, with a lot of tension and against an opponent who played at a high level to make the game very difficult for us. Our gasoline is fair after 10 months of season and we need the support of our public and from the beginning, not only when we see ourselves with the water up to our necks. We have people that have people in the pavilion and we need the Palace of the great occasions every day “. 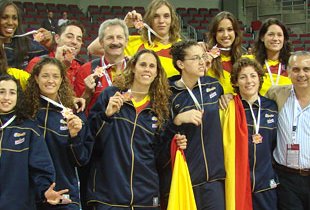