It took until the last second leg of the quarterfinals to meet the MVP. The display of Celeste Trahan-Davis had double prize: the classification of the Valencia Basket to the semifinals of the Endesa Women’s League and an MVP who confirms the power forward’s excellent season. If sport is a state of mind, the team that trains Ruben Burgos play with the wind in your favor. And the good news is accumulating for a team that is on the way to signing (if it has not already done so) the best season in its history.

La Fonteta paid tribute to brilliant Eurocup champions in the run-up to their quarter-final second leg against Durán Maquinaria Ensino. The locals certified their classification supported by the magnificent duo formed by Cristina Ouviña (once again in the Ideal Quintet) and Celeste Trahan-Davis. The 21 points (7/10 TC and 7/7 in TL), 11 rebounds, 5 assists and 35 PIR goals of the American were fundamental in the great triumph of the taronja team (82-54).

Spar Girona, brilliant champion of the Copa de la Reina, is already waiting in the next round. A duel that promises to be spectacular between two teams that already know what it is to achieve glory in this 2020/2021 season. Let the show go on.

The veteran American arrived in Valencia with years of basketball and Euroleague experience in her pocket. After a long journey in Belgium, Celeste Trahan-Davis landed in Valencia to provide a foundation for the Valencian team’s inner game. In his first season at La Fonteta, impeccable in the statistical section, he has signed two MVPs and has already tasted a title. To round off her great individual season, she was nominated for the #LFEndesa Awards for Best Power Forward of the season.

Work and consistency have their rewards. Two of the five players of the Ideal Quintet of the return of the quarterfinals were included in the Ideal Quintet of the season. Cristina Ouviña, National MVP, and Chelsea Gray had two great matches again and remain in ideal shape. The base was key in the victory of Valencia Basket and the forward left samples of his inexhaustible quality in the victory of Spar Girona.

The Ideal Quintet is completed by Leo Rodríguez (Perfumerías Avenida), the MVP of the day Celeste Trahan-Davis (Valencia Basket) and the pivot Nikolina Milic (Pergumerías Avenida). In this way, the five players belong to teams that will be in the semifinals of the exciting Endesa Women’s League Playoffs. 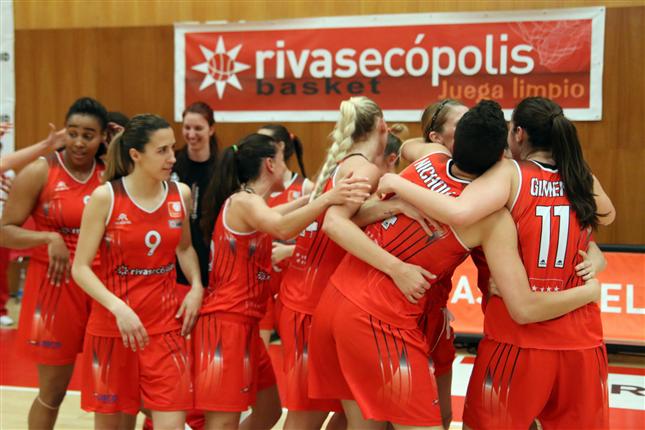 Jorge Garbajosa: "Today is a big day for our dep …