COMMUNICATION AREA FEB As had happened during the Copa de la Reina dispute, the four teams that had home court advantage in these Playoffs for promotion have finished reaching the semifinals with the support of their respective fans. In this way, Perfumerías Avenida will face Cadí La Seu on one side of the draw while Valencia Basket and Spar Girona will meet on the other in search of the corresponding tickets to the Final.

: The best images of the day in the Flickr FEB Gallery

There were no surprises on a Thursday night in which LF Endesa closed its semifinals for the title by handing over their respective tickets to the four teams that had started the series with home court advantage. Some tickets that began to be awarded in Fontajau where a recovered Spar Girona was able to impose their usual style of play against an IDK Euskotren that emptied until the end of the tie. But the return to the roster of Rebekah Gardner in MVP mode was more than enough to deactivate a rival who, despite his good second half, ended up paying dearly for the 18-goal deficit with which they reached the break.

Thus, Alfred Julbe’s team managed to certify their passage to the semifinals in which they will face the only team that had returned home without an advantage, a Valencia Basket that, on this occasion, did not give Movistar Estudiantes an option, whose options were dissolved two minutes into the game. And it is that, after seeing themselves ahead for the first time, the students conceded a tough 24-0 run with which Valencia Basket was able to go straight to victory. To such an extent that midway through the third quarter, Alberto Ortego’s men were stagnant at 8 points scored. In this way, the match became the best possible rehearsal for the local team facing the assault on the title.

On the other side of the table, both Perfumerías Avenida and Cadí La Seu fulfilled the expectations generated after the first two rounds in front of their fans. Especially the team from Salamanca since Roberto Íñiguez’s team did not give them an option to relax with the Samuelson sisters leading a solid victory against a Lointek Gernika team that could do little to seek a comeback. A role that Casademont Zaragoza had much clearer in his visit to the Cadí La Seu court on a night in which the rojillas were even ahead on the scoreboard in some sections of the match. But the inertia of the first match weighed, especially in the second half, by giving oxygen to a Cadí La Seu who knew how to find the necessary balance with which to equalize the match. Thus, the final horn closed a match without a winner as well as a series with a great winner. 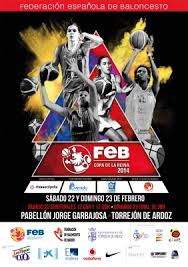