Real Madrid controlled the entire second half to score a series-clinching 66-58 victory over Power Electronics Valencia in Game Five of their Quarterfinal series on Thursday in Madrid.

Carlos Suarez had a productive night as he finished with 12 points and 10 rebounds, while Clay Tucker also added 12 points for Real Madrid, who bounced back big time in the second half to advance to their first Final Four stint in 15 years.

Down 40-42 at the half, Real Madrid came out firing in the third period, waxing hot in their offense and combining it with their stifling defense to slowly pull away from their opponent. Valencia threatened to mount a comeback, but Real Madrid was simply too much for them on Thursday night.

“I am very happy,” said Suarez after the game. “It took us a lot of effort to win this game and the series. When the game was over, I enjoyed it a lot because I had been thinking for weeks what this could mean and what we managed to do.”

Sergio Llull and Ante Tomic also had a share of the spotlight, scoring nine points apiece with the latter adding nine rebounds, while Felipe Reyes scored seven points and grabbed 10 rebounds for Real Madrid, who arranged a Final- Four showdown with Maccabi Electra.

“This is just incredible,” said Llull, who spent some time with NBA’s Toronto Raptors. “It is one of my best moments as a professional player, not only in Real Madrid but also in my entire career. We managed to achieve our goal. We were too anxious in the beginning and that led to make a lot of mistakes. Little by little, we managed to return to the game and our fans helped us a lot tonight.”

Dusko Savanovic had 19 points and six rebounds, while Rafa Martinez added 16 points, but they were simply
outhustled by Real Madrid in the second half of their series-clinching game.

“I am happy with the game I played, but I cannot be happy about the result,” said Savanovic, who gave Real Madrid a lot of headaches in their five playoff games. “I would have preferred to score fewer points and win the game. Playing well doesn’t mean anything if your team doesn’t win.”

The Real Madrid-Maccabi Electra Final-Four series, along with the other pairing, Panathinaikos vs. Montepaschi will start on the 6th of May in Barcelona. 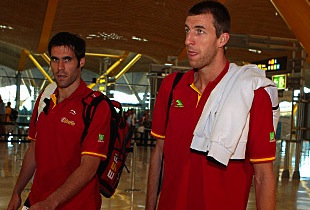 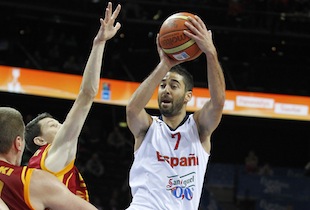