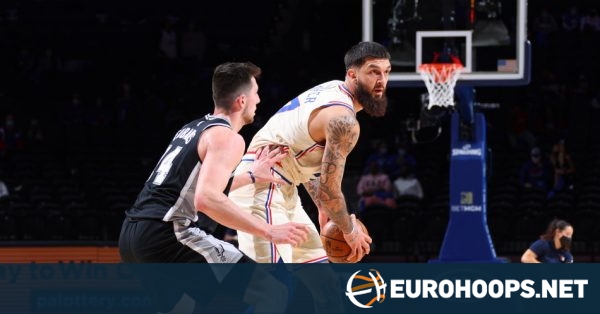 Real Madrid announced the deal with Vincent Poirier who has joined the team until the end of the 2023-24 season. The big man won’t be available in EuroLeague this season but will help the team in the Spanish League.

Poirier spent the last two seasons in the NBA making his way to 32 games between the Boston Celtics and Philadelphia 76ers. He was traded to the New York Knicks last month and was waived.

The 27-year-old had played for two years in EuroLeague with Baskonia prior to leaving for the NBA, being the rebounding leader and All-EuroLeague Second Team in 2019.

Real Madrid has also already secured the signings of guards Pierria Henry and Thomas Heurtel for the next season.

More positives at Baskonia force the game to be postponed an …