ANDl Real Madrid 2021-22 continues to emerge. The team of Pablo Laso adds a new addition to the base position with the official announcement of the arrival of Nigel Williams-Goss. It comes from Lokomotiv Kuban, and has had a stint in the NBA and experience in the Euroleague at Olympiacos.

To the more than well-known incorporation of Thomas heurtel (and the drop of Nico Laprovittola) to direct the Real Madrid from the base another type of player joins. He measures 1.91 and stands out for his scoring ability. For a sample, the means achieved, since in Lokomotiv, since he added 17 points per game in Eurocup, the second competition of the Old continent. Therefore, it is a different profile than Carlos Alocen, although more similar to its own Heurtel.

As reported by the Real Madrid In the official statement, it will be linked to the club that has the headquarters of its matches in Goya for two seasons. He will fight for the title and will be key in the white objectives that are again Endesa League and Euroleague, above all.

In your cover letter, Nigel Williams-Goss brings experience in both NBA like in the Euroleague. In the best basketball league in the world, he was part of the discipline of the Utah Jazz. In the set of Salt lake city participated in 10 games of the 2019-20 season. Two of them were inside the bubble Disney who decided the champion ring.

In addition, he will not be a stranger on the European basketball courts. Added to his great course in Russia on the Eurocup He was also part of Olympiacos in 2017-18, although he did not fulfill his two-year contract with the entity of the Piraeus and jumped to the NBA. 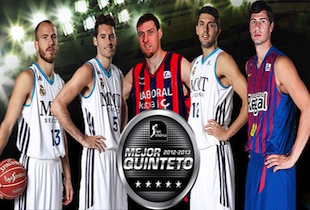