They believed at the beginning of the season that winning the Eurocup was an impossible mission and perhaps that is why they are about to achieve it. Because Valencia Basket is only 40 minutes away from being able to lift what would be a historic title that they have approached this Friday with a hard-fought victory in the semifinal round. A night in which the magic of Cristina Ouviña and the talent of Raquel Carrera marked the way forward in order to reach a final in which they will face Reyer Venezia on the evening of next Sunday (7:30 p.m.).

Valencia Basket knew that their way to the final was not going to be far from easy given the entity of the rival and perhaps that is why the Valencian players jumped onto the court ready to offer one of their best versions of the season. An imperial Cristina Ouviña was in charge of this at the time of being able to generate play among her companions to be able to mark the first differences of the night (9-27). Although the vision of the game of the Aragonese player was not the only concern of a Carolo Basket that was beginning to become extremely anxious before the first offensive actions of a Raquel Carrera whose talent marked differences in the paint to put her team in maximum differences. Thus the final stretch of a first half was reached in which the sensations were unbeatable for a Valencia Basket that headed to the changing rooms beating its rival on the scoreboard (24-48).

It seemed that the players of Rubén Burgos could have the victory in their hands, but it was with the resumption of the match, when the Taronja team experienced its most difficult minutes of the night. And it is that, with an excess of confidence in his game, together with the offensive growth of his rival, things seemed to get complicated at times. Because, with a solid partial in their favor (26-12), Carolo Basket was fully involved in the fight for victory (50-60). The national team needed a new click in their game and this reached four minutes remaining, when one of their best weapons managed to hurt their rival from beyond 6.75. An accurate triple from a Rebecca Allen that allowed the team to regain confidence in the face of a final stage in which the best was yet to come. Because the final honk unleashed madness in a team that thus certified their pass to the final where they will fight for a title with which to enter fully into the history of the old continent (68-80). 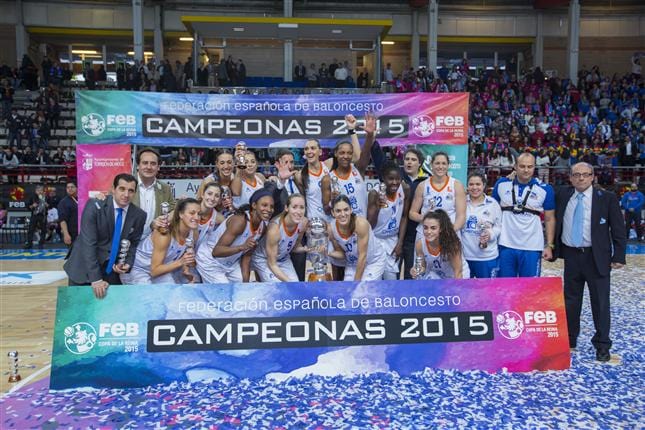