Sergio Mendiola: “Both individually and collectively, the Melilla Sport Capital project attracted me a lot”

We spoke to the latest member to join the Melilla Sport Capital family, center Sergio Mendiola. The player affirms, in his first interview as a Azulino, that he is looking forward to and looking forward to this adventure in the autonomous city and is convinced that it will be a great season for everyone.

The pivot from Elche recognizes the desire he has to start this new stage in the Dean: “I am very excited to go to a club with the history and trajectory in the LEB Oro that Melilla Sport Capital has and I am eager to start working with the team”.

Mendiola was a valued item on the market, but a talk with the Azulino coach was key when deciding to stop in the autonomous city: “The words I had with the coach, Arturo Álvarez, convinced me a lot when it came to making up my mind. for going to Melilla. Both individually and the team project I found them very interesting and I really liked them. I think that in these two aspects it can be a great season ”.

As for the objectives, the new blue interior is very clear: “Obviously this year I want to take a step and continue with my growth as a player. I think I need to improve my consistency, in order to be able to return some time to reach the Endesa League ”.

“I am a great player who can do a bit of everything in attack, as I am quite versatile. In defense I am intimidating and I like to help a lot on the rebound, of course ”, he explains about what he can contribute to this Melilla Sport Capital.

With his signing, Mendiola became the team’s ninth player for this season. A squad that the Valencian assures will give many joys: “I think he is forming a good team and I am convinced that with work it will be a good year for everyone and, why not, dream of important things”. 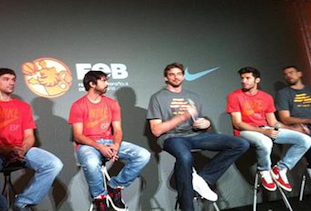