Anadolu Efes Istanbul looks to return to the Turkish Airlines EuroLeague Final Four with the same core that reached the big event in 2019. Real Madrid hopes to take another step forward to compete for an 11th continental crown. Efes has the home-court advantage in what promises to be a thrilling playoffs series. Every game will be a battle.

A new era for both teams

Both Real and Efes are in very good moments. Efes made it to the EuroLeague championship game in 2019 for the first time in club history. It did so in its first Final Four appearance since reaching that stage in the 2001 FIBA SuproLeague. It also won the Turkish League title in 2019, its first in a decade.

Real is into a new golden age. In the last 10 years, Real has made it to seven EuroLeague Final Fours and won the title in 2015 and 2018. Its previous two EuroLeague crowns came in 1980 and 1995. It has also won five Spanish Leagues and six Spanish King’s Cups in the last decade.

We may expect road wins, which always make playoff series more interesting. Indeed, Real and Efes have been some of the best road warriors in the 2020-21 EuroLeague. Real recorded 10 road victories, while losing only seven games away from Madrid. Winning its three road games against Zenit St Petersburg, LDLC ASVEL Villeurbanne and Fenerbahce Beko Istanbul allowed it to reach the playoffs.

Efes was even better, recording 11 road wins in 17 games. Only CSKA Moscow and FC Barcelona, the two squads that ranked ahead of the Turkish powerhouse at the end of the regular season, won more often on the road. Six of those wins were more than 20 points, showing that Efes is quite comfortable on the road and a big lead doesn’t slow it down.

Real and Efes traded road victories this season. In Round 17, Real outlasted Efes 65-73 at Sinan Erdem Dome in December. The game was close in the fourth until the visitors pulled away in the final minute behind a pair of three-pointers from Carroll. Fabien Causeur paced Real with 15 points, while Thompkins added 13 and Nicolas Laprovittola combined 10 points with 6 assists. Micic was Efes’s only scorer in double figures with 16 points.

Efes returned the favor in Round 32, thrashing Real 83-108 in the Spanish capital. The hosts led 42-41 at halftime, but Efes needed just a quarter and a half to score 56 points and open a 25-point lead midway through the fourth quarter. Sertac Sanli finished as Efes’s top scorer with 17 points. Larkin scored all of his 16 points in the final 11 minutes of the game. Thompkins scored 19 for Real.

Several players on both teams are on the verge of reaching playoff milestones in this series. Dunston needs just 3 blocks to become the playoffs’ leader. Ioannis Bourousis is first with 26 points, with Dunston right behind at 24. Dunston already leads the all-time standings with 270 career blocks.

Real has several players who can climb to elite spots in the playoffs standings. Felipe Reyes ranks second in rebounds (182), right behind former teammate Ante Tomic (183). Reyes already leads in offensive boards (79). Sergio Llull is fifth in assists (129) and second place, shared by Milos Teodosic and Dimitris Diamantidis (147) is not out of reach. Rudy Fernandez can easily crack the top 10 in playoffs steals. Victor Khryapa is 10th with 26 and Fernandez has collected 24 in playoff action.

Pablo Laso and Ergin Ataman have led their respective teams to their current success. Laso is in his 10th season with Real and looks for his seventh Final Four, which would tie him with Bozidar Maljkovic for fourth place. Laso has also won two EuroLeague crowns and five Spanish League crowns, among other highlights, pushing Real to be a top contender year in, year out, as it was in the 20th century.

Ataman has helped Efes reach new heights in the last three seasons. When he arrived, Efes was at the bottom of the standings. A year later, it reached its first EuroLeague championship game and won the Turkish League. Over the last two seasons, Efes has a combined 46-16 record (74.2% wins). Ataman has won three different European competitions during his career, including the 2015-16 7DAYS EuroCup trophy with Galatasaray Istanbul. He has also guided three different teams to the Turkish League crown. 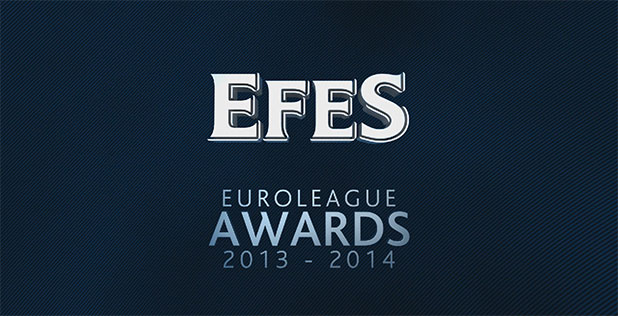 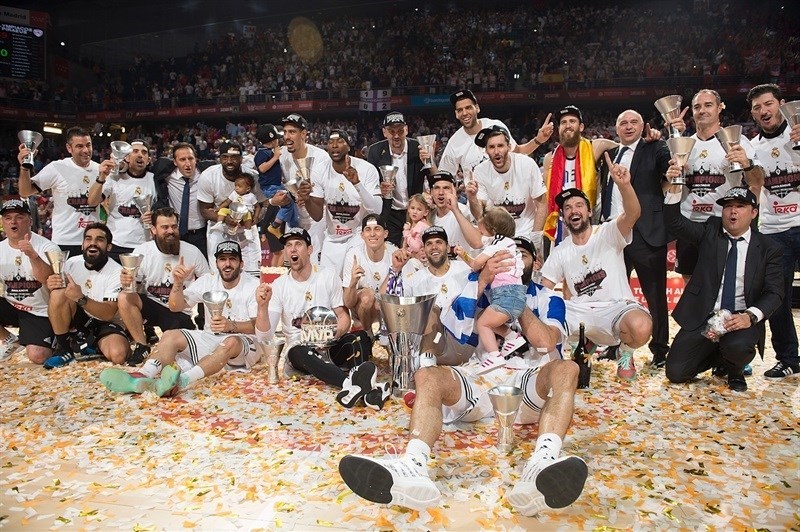