Every season the Turkish Airlines EuroLeague thrills fans around the world with hundreds of exciting games. Some matchups are time-honored derbies, others long-standing international rivalries, while still others spark new passions every year. Here’s a look at 10 must-see showdowns for 2021-22.

This early-season date at the 2022 Final Four venue between two fun-to-watch teams with plenty of player history between them is sure to be entertaining. ALBA has dominated their last four matchups, with Baskonia managing only a single-point home win. The visitors have already signed two ALBA players from last season, Simone Fontecchio and Jayson Granger to go along with Rokas Giedratis, who previously took the same route. For two teams who will be looking to establish momentum as soon as possible, this game is a prize occasion to make that happen.

These two teams were as close as could be last season. They finished the regular season with identical 21-13 records with Milan fourth on a tiebreaker and Bayern fifth. In total, they played seven times last season and four of them were decided by a single shot. The last of those was Game 5 of the EuroLeague Playoffs, which saw Bayern make a dramatic late rally that came up just short and then watch as Milan celebrated clinching its first Final Four berth since 1992. All signs point to thrilling basketball when they meet again.

For the first time in more than two decades, two teams from the French League will play in Europe’s premier competition and that is something that all of European basketball can cheer for. While LDLC ASVEL Villeurbanne makes its third consecutive appearance in the EuroLeague, freshly-crowned 7DAYS EuroCup champion AS Monaco is debuting in the competition. The last time the EuroLeague saw two clubs from the French League meet was in 1999-2000 when ASVEL played Pau-Orthez.

The 2021 Turkish Airlines EuroLeague Championship Game was a fitting finish to an outstanding season. When Anadolu Efes Istanbul and FC Barcelona meet this time, there will be plenty at stake. Barcelona had the best record in the league last season but has lost four straight games against Efes. The defending champs will be eager to show their dominance by extending that streak. The championship game rematch is must-see basketball.

There is only one matchup that is universally called a classic even before the teams take the court and that is because of the storied history between FC Barcelona and Real Madrid. It doesn’t matter the year or the players, the event stands out for its significance every time they play. Last season, Barcelona swept Real in the EuroLeague Regular Season and the Spanish League finals and also won their Spanish Cup title game. Expect Los Blancos to be more focused than ever on changing that narrative in their visit to Palau Blaugrana.

Two of Maccabi’s biggest signings to start the season are players who have shined for Fenerbahce in the past: James Nunnally played three seasons for Fenerbahce and helped the team win the EuroLeague in 2017. Derrick Williams suited up for Fenerbahce two seasons ago. A few other Maccabi stars have played for clubs in Istanbul before, including Scottie Wilbekin and Ante Zizic. That will make for an event when they all arrive to face Fener.

There is a reason it’s been dubbed “the derby of the eternal enemies.” There is nothing quite like Panathinaikos vs. Olympiacos. There will always be drama and passion when these teams meet and the tension only rises when it’s in the EuroLeague. What’s more, the teams have split their regular-season series in each of the last four campaigns, including each team winning on the road last season. Buckle up for another wild ride to ring out 2021 in style!

Not only did these teams square off in the 2019 Turkish Airlines EuroLeague Championship Game, but they played a thriller in last season’s semifinals, where CSKA Moscow rallied from a 21-point deficit for a shot to win it in the closing seconds before Anadolu Efes Istanbul prevailed and won the championship. Indeed, these two are charter members of the EuroLeague elite, so every time they face one another, great basketball can be expected.

These two teams played a thrilling EuroLeague Playoffs series last season that FC Barcelona finally won in the maximum games, but only after Zenit St Petersburg became the first No. 8 seed to ever win a series opener or to force five games. Coach Sarunas Jasikevicius played for his Zenit counterpart Xavi Pascual at Barcelona and praised his opponent during the series. The players on both teams can also only respect the other team after such a series, but both teams will want to flex their muscles when they meet again.

These teams have been so dominant in recent years that it would be tough for such a powerhouse pair to share any other country, let alone the same city. Fenerbahce Beko Istanbul reached five consecutive Final Fours before missing out last season and became the first EuroLeague champion from Turkey when it lifted the crown in 2017 in Istanbul. Anadolu Efes Istanbul made two straight EuroLeague Championship Games and dominated the unfinished season in between, finally taking the title last spring before sweeping Fenerbahce in the Turkish League finals. Fireworks of talent, strategy and passion fly whenever these teams meet. 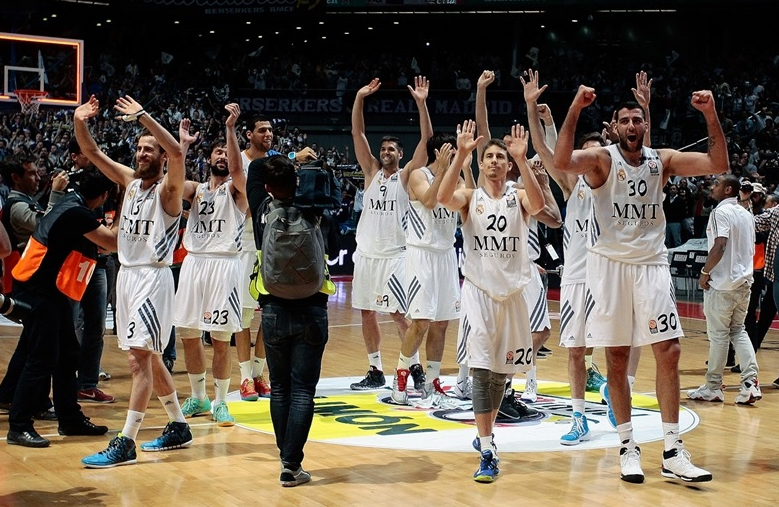