La Fonteta will roar again this Sunday 20 to help the Women’s Selection to pass the group stage of EuroBasket Women. At 9:00 p.m. (8:00 p.m. in the Canary Islands) and with the Teledeporte cameras as a witness, Spain will play against Slovakia in the match that will finally decide the Group A classification. A very even group in which its four components arrive with options for the last day. The first assault will take place from 3:00 p.m. (Teledeporte) with Sweden-Belarus.

If Sweden is victorious, Lucas Mondelo’s team would remain in first position (and avoid the round of 16 crossing on Monday 21) in the event that they subsequently beat Slovakia, which defeated (58-54) on Friday the executioner Belarus of Spain on the opening day with a basket in the last second from Bentley (51-53).

The Slovak team lost to Sweden in their debut in the tournament (74-57), but recovered against Belarus in a tight duel that also allows them to depend on themselves to stay alive in this EuroBasket. The interior Ivana Jakubcova has been the rival that has shown the best performance in the tournament. In the two games against Sweden and Belarus, the power forward scored 17 and 16 points and was also vital in the rebounding task. He is accompanied by the exteriors Nikola Dudasova and Miroslava Prazenicova, who are in charge of injecting rhythm to a team that enjoys playing running.

Slovakia is ranked 24th in the FIBA ??world rankings. Since EuroBasket 2013, the Slovakian team has not been able to reach the final phase of the championship. Now he crosses the path of a Spain that was reunited with its best version on Friday against Sweden. With Astou Ndour as a beacon, the National Team was once again the compact block that we are accustomed to. Now he wants to continue growing in a championship in which the accounts are simple.

Spain will be first in the group if they beat Slovakia and Sweden does the same with Belarus.

Spain will be second in the group if they beat Slovakia and Belarus beat Sweden.

Spain will be third in the group if they lose to Slovakia and Belarus beat Sweden.

Spain will be eliminated if they lose to Slovakia and Sweden beat Belarus.

Spain is consolidated as a European and world Top 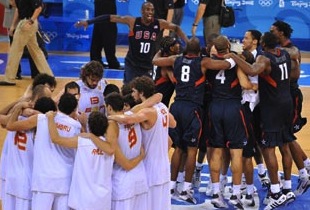 Spain will start on July 26 against Japan (male) and Co …