Spain finishes its work in Madrid: “The team is very united …


The countdown to the Tokyo Olympics is about to come to an end. There are barely eleven days left until the Women’s National Team makes its debut in the great tournament. On July 26, Spain will jump onto the floor of the Saitama Super Arena to debut against Korea (03:00 in the morning from Sunday 25 to Monday 26).

With this objective in mind, the team held its penultimate training session this Thursday at the WiZink Center in Madrid. The team “is very united” and continues to do “a good job”, according to the coach. Lucas Mondelo.

The Olympic event is the only thing that this team thinks about, which has already left the experience of EuroBasket in Valencia behind. “We have not forgotten it, we keep it in mind to correct mistakes, to move forward“, Said the captain Laia Palau.

This Friday will be the last day of training in Spain and on Saturday, July 17, the expedition will head to Tokyo. There he will continue his preparation until the Games open and the group stage begins.

The Women has been framed in group A along with rivals Korea, Canada and the current European champion, Serbia.

Laia Palau: “We have something very beautiful ahead of us”

For the Catalan base, the team has already passed the EuroBasket in Valencia and only thinks about the exciting challenge that the Olympic Games are. “We keep building the team“, Said the player, who has considered that the return of Alba Torrens and Tamara Abalde”it is very important for the group”.

Lucas Mondelo: “Both before and now the job is well done”

Coach Lucas Mondelo has mentioned that the goal for the tournament is “keep the team competitive and be happy”. The coach believes that “maybe this is the little piece that we need to give a scare”. “Both now and in the EuroBasket the job is well done, let’s see if we have a little more luck”He added. 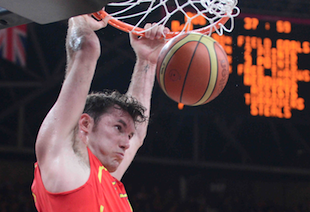