Both teams started with great momentum and uptempo during the first half. Team USA went into half-time with a one point lead over Spain 59-58. Carlos Navarro led Spain in the first half with several triples and drives to the basket and finished the game with 21pts. During the second half Spain was able to take over the lead, despite Marc Gasol on the bench with foul trouble (4) after the first half. Dominated mostly by Pau Gasol and Sergio Rodriquez during the 3rd quarter.

Team USA was driven by Kevin Durant most of the game but the key moment in the 3rd quarter which gave Team USA extended the lead to 6 after a 3pointer by Durant. In the final quarter, Lebron James, Carmelo Anthony and Kobe Bryant closed the game to give USA Basketball another Gold Medal and Spain finished as runner ups, a second Olympic in a row.

The game closely resembled the finals in 2008 during the Beijing Olympics where the USA won Gold. 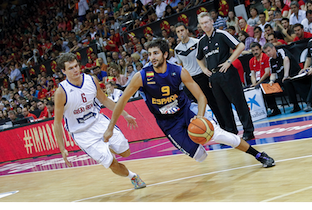 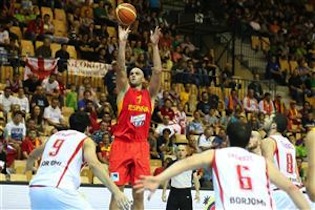