Tenerife fights back to force Game 3 vs. Barcelona 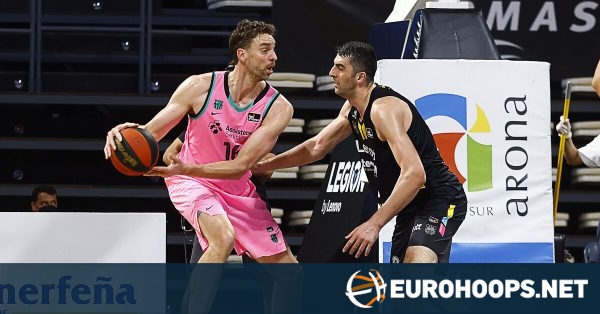 After being blown away by Barcelona in Game 1 of the Spanish ACB League semifinals, Lenovo Tenerife put on a strong reaction at home to win Game 2 80 – 68 and force a decisive final battle.

The veteran duo of Marcelinho Huertas (26 points, 11 assists) and Giorgi Shermadini (21 points, 10 rebounds) worked wonders for Tenerife. Their team led for the whole game after the mid of the first period and was particularly strong in the fourth quarter to outplay Barca 22 – 13 en route to victory.

Pau Gasol was the top contributor for Barca with 15 points and seven rebounds in 15:41 minutes. Cory Higgins scored 12 and Nikola Mirotic finished with 10 points (2-12 f.g.) plus nine boards for the Blaugrana that host Game 3.

The post Tenerife fights back to force Game 3 vs. Barcelona appeared first on .

Fotis Katsikaris renews with Unicaja until 2023