The Unicaja revolution is already underway

ANDhe Unicaja of the 2021-2022 season represents a revolution for the recent history of the Los Guindos team. The people of Malaga have made a 180-degree turn in search of regaining their lost hegemony, especially in national territory after not qualifying for the playoffs for the title for the first time since 2013. The composer set has been reinforced with three new faces. Three small tweaks for a team that needed just that. Micheal Eric is coming to give that much-needed muscle in the inside game; Norris Cole, a double NBA champion, a baton that he refines on the days when Alberto Díaz is not at 100%; while Jonathan Barreiro underpins a rooster of Spanish players like few seen in modern ACB.

The rest is a commitment to the continuity of Jaime Fernández, Brizuela, Bouteille, Abromaitis, Suárez and company. The club has seen dramatic departures this summer. Especially painful was that of Adam Waczynski, who after many years at the club, had to leave through the back door. The Pole was accompanied by Gal Mekel, Deon Thompson, Malcolm Thomas, Gerun and Milosavljevic. A facelift that has not affected the bench. Fotis Katsikaris will have a second chance after not being able to make the team fly after the departure of Luis Casimiro.

Change of scenery in Europe

Where will be the main difference of this Unicaja will be in Europe. The Costa del Sol team has disengaged from the Euroleague and will play the FIBA ??Champions League. A competition with less value but in which the typewriters are favorites to everything. The bet has been on the economic profile. Unicaja did not pay off playing the Eurocup despite the fact that the title gave him the right to return to the top continental competition as already happened in 2017. Carpena fans will now have to get used to a new European anthem and rivals of a different profile . Katsikaris’ team has been framed alongside Russian Nizhny Novgorod, Greek Megabolt Lavrio and French Dijon.

Revolution also in the offices

The changes will not be only on the track and competitions. The typesetter revolution has been completed with the replacements of the president and the sports director. The former international soccer referee, Antonio Jesús López Nieto, is the new maximum president after the departure of Eduardo García from office eleven years after his appointment. A complete advance for a club that was beginning to become outdated in terms of management. López Nieto is on top of everything and it is common to see him in first team training sessions. In sports management, there has been the departure of Manolo Rubia. The typewriter technical secretary left his post due to retirement. His replacement has been Juanma Rodríguez, a trusted man of the new president and someone who was able to make the team that was champion of the ACB and Copa del Rey in his time. New times for Carpena for a Unicaja who wants to go back to being what he was. 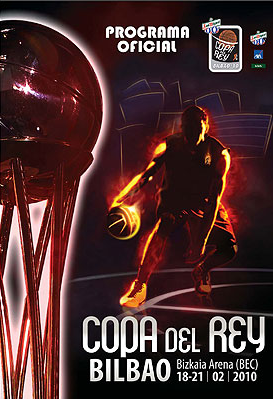