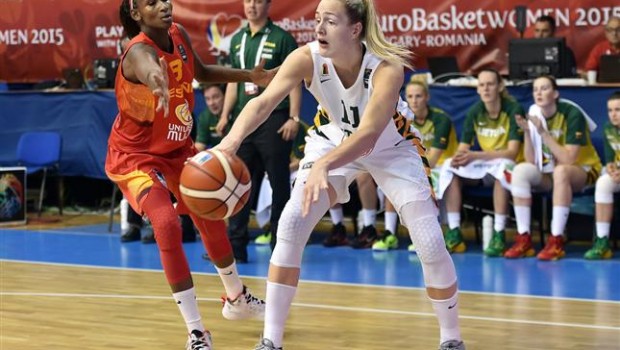 Astou Ndour scored  (22 + 12) and Alba Torrens (18 + 7), along with superb defense by the entire team, have guided the victory of Spain in their debut at Eurobasket Women (58-72) vs Lithuania. Lucas Mondelo girls Lithuania dominated from the start, proving their status as favorites for the gold medal.

Spain, in Group D will face Slovak Republic on Saturday June 13th at 16:30.

Spain Heads To Quarterfinals Strong With Win Over Poland 80-66 →

Spain Back in Business With Thrilling Win Over Germany 77-76 →