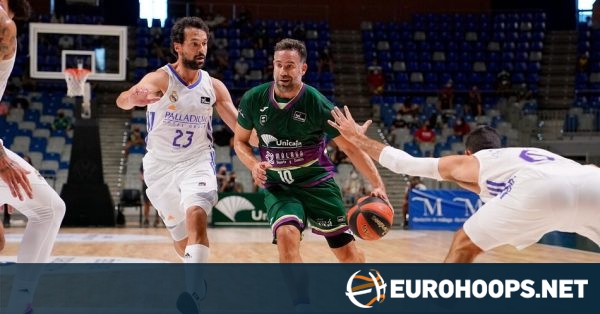 Unicaja Malaga defeated Real Madrid 88 – 75 in a preseason game during which Malaga legend Carlos Cabezas was honored by the Andalusian club.

Cabezas, a former world champion with Spain, officially retired from basketball in August and now played the last game of his career with his beloved Malaga. He spent the first half on the floor and also scored two points.

Jayson Granger had 13 points and five assists for Baskonia.