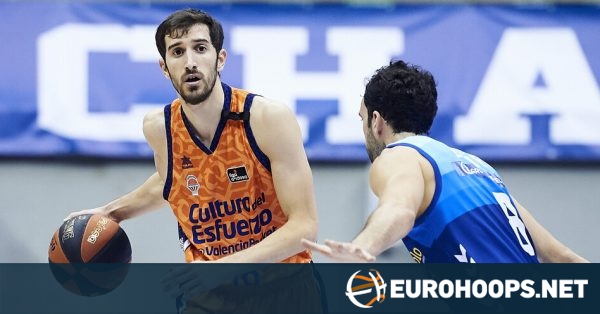 Valencia announced that the team has decided to part ways with Guillem Vives after seven seasons together. The 28-year-old guard won the Spanish league in 2017 and EuroCup in 2019 with the team.

Valencia Basket has decided not to extend the union that has maintained for the last seven seasons with Guillem Vives, so the Spanish point-guard is separated from the Club once his contract has ended. Since arriving at Valencia Basket in the summer of 2014, Vives has been an indispensable part of the last three titles won by our men’s team and has become the sixth player with the most official games played with Valencia Basket (381).

The Club would like to thank Guillem Vives for his professionalism, dedication and work during the time he has defended the taronja jersey, as well as his availability and sacrifice for the good of the team, and wishes him the best in his future, both at the professional as personal level.

10-20-16: the numerology that explains the legend of Pau Gasol