GIRONA (Spain) – Sonja Vasic has revealed that she has played her last EuroLeague Women game and will hang up her basketball shoes after she steps out with Serbia at the FIBA Women’s EuroBasket 2021 and the Tokyo Olympics this summer.

The curtain falls on what has been an incredible career in the competition, with Vasic having appeared in an incredible 12 editions of the Final Four. 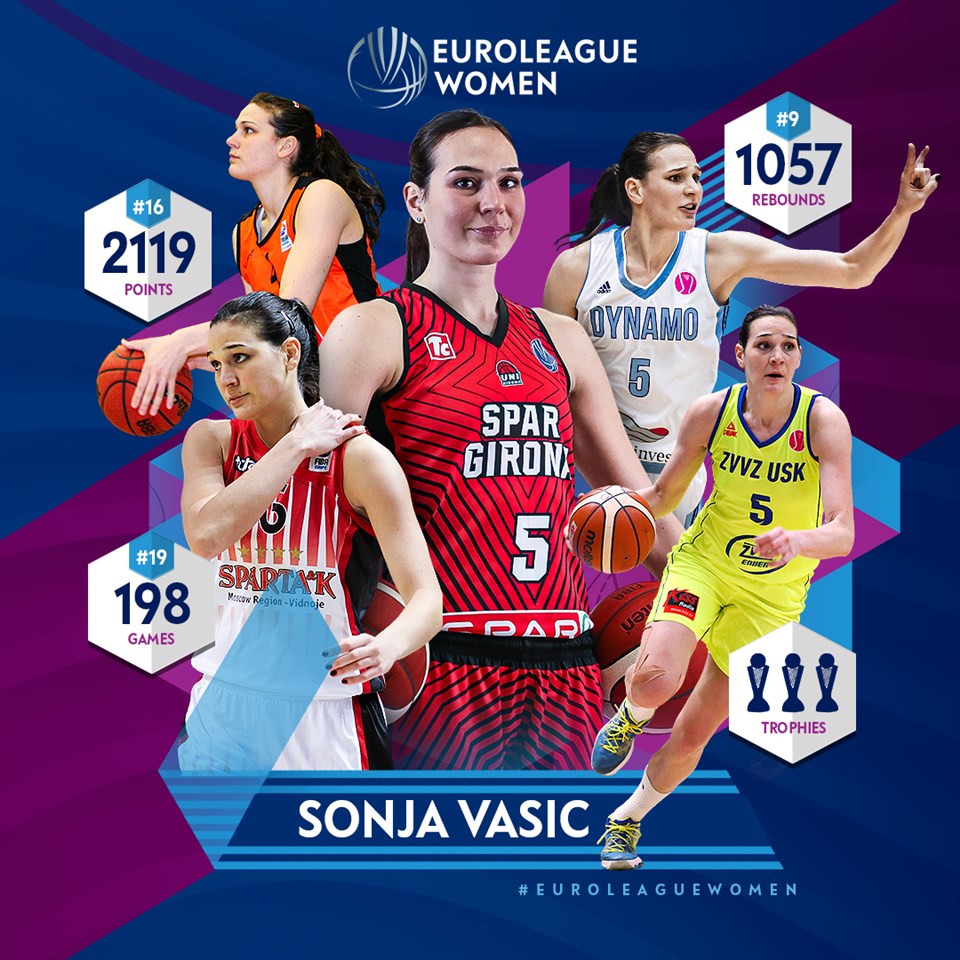 “I would like to thank each and every one of the five teams who have given me the opportunity to represent their colors, my roots and myself. It was such a privilege to compete with and against the best in the world.

“After the Olympic Games in Tokyo, I am finishing my basketball career after 17 seasons as a professional player.

“With that being said, there is still a lot for my team Spar Girona to fight for this season. And also more history to be made with my favorite team, Serbia.”

As well as her titles, she also recently helped her current club Spar Girona to make the Quarter-Finals of the tournament for the first time, while also representing Bourges Basket and Dynamo Kursk.

She finishes her EuroLeague Women career on 198 appearances, putting her at 19th in the all-time list of games played. She also made the top 20 of the all-time list for points scored with 2119 (16th) as well as pulling down 1057 rebounds (9th).

Co-MVPs of the Week: Pangos, Zenit and Davies, Barcelona