MUNICH (Germany) – The winners of the annual EuroLeague Women Awards have been announced, with Alina Iagupova of Fenerbahce Oznur Kablo headlining the selections after being named the Most Valuable Player of the Year for the second season running.

Launched by FIBA Europe last year to celebrate the league’s leading performers, the EuroLeague Women Awards consist of six categories, with the winners decided by a combination of EuroLeague Women coaches, selected media and the fans.

The voting for the EuroLeague Women Awards took place during a two-week period in the lead-up to the Final Four, taking place from April 16-18, where the winners will be honored. 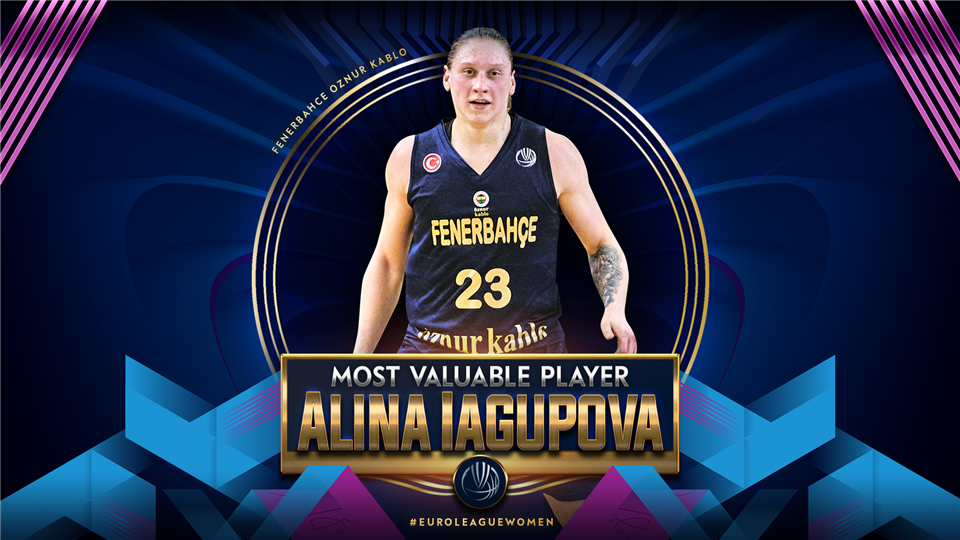 Landing back-to-back MVP awards, Alina Iagupova was the unanimous choice in the voting undertaken by coaches, media and supporters. The Fenerbahce Oznur Kablo star posted a series of her trademark all-action displays to guide her team to the Final Four. Her spectacular efforts lit up the highlight reels and have seen her average a stellar 20.6 points, 7.6 rebounds, 4.4 assists and 2.0 steals per game. 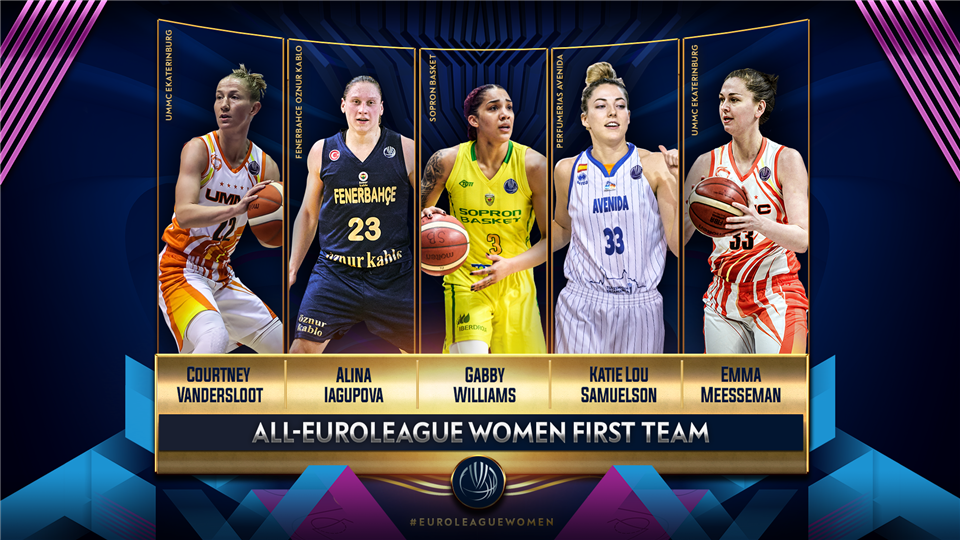 Leading the All-EuroLeague Women First Team, Alina Iagupova is joined in the backcourt by Courtney Vandersloot who has dished out a tournament-leading 7.2 assists per game for UMMC Ekaterinburg.

UMMC Ekaterinburg stalwart Emma Meesseman earned First Team honors for the second year in a row in the frontcourt, which also features Sopron Basket’s Gabby Williams and Katie Lou Samuelson of Perfumerias Avenida after they guided their respective clubs to the Final Four. 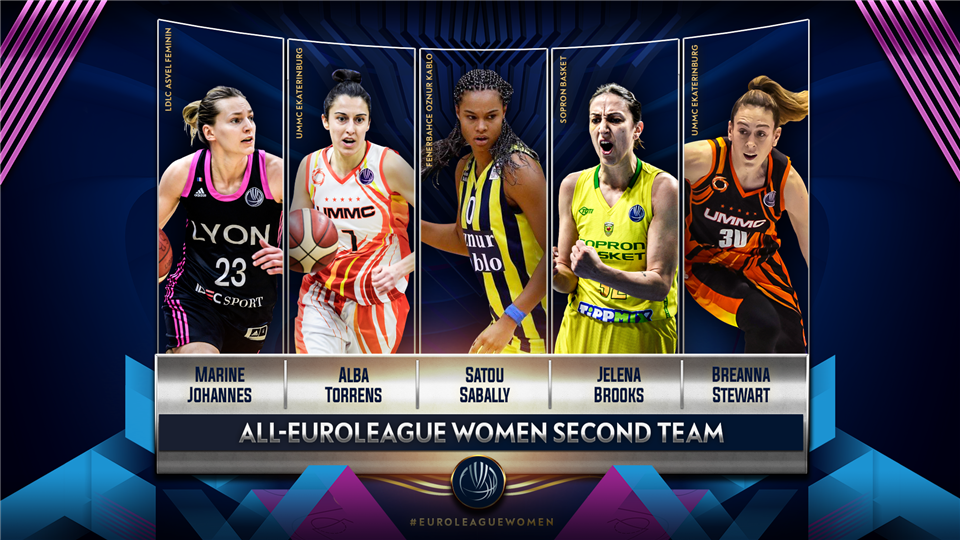 The backcourt of the All-EuroLeague Women Second Team is hugely exciting and includes Marine Johannes of LDLC ASVEL Feminin after her electrifying 2020-21 campaign as well Spanish ace Alba Torrens, who has been in incredible form for UMMC Ekaterinburg. 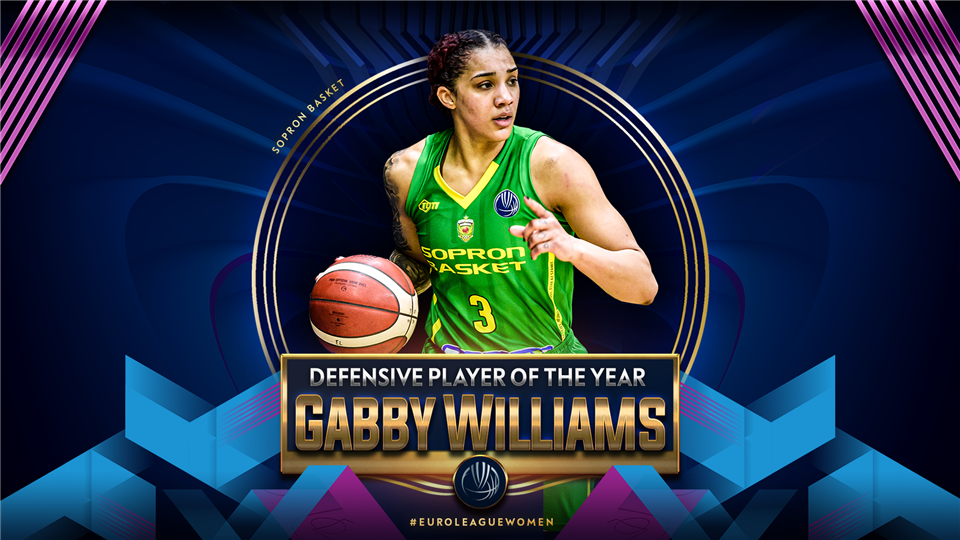 It has been a brilliant season for Sopron Basket and much of their best work has been down to Gabby Williams, who adds to the honor of making the All-EuroLeague Women First Team with the Defensive Player of the Year accolade. A lock-down defender who can guard multiple positions, she is the joint-leader in the competition for steals with 2.3 per game. 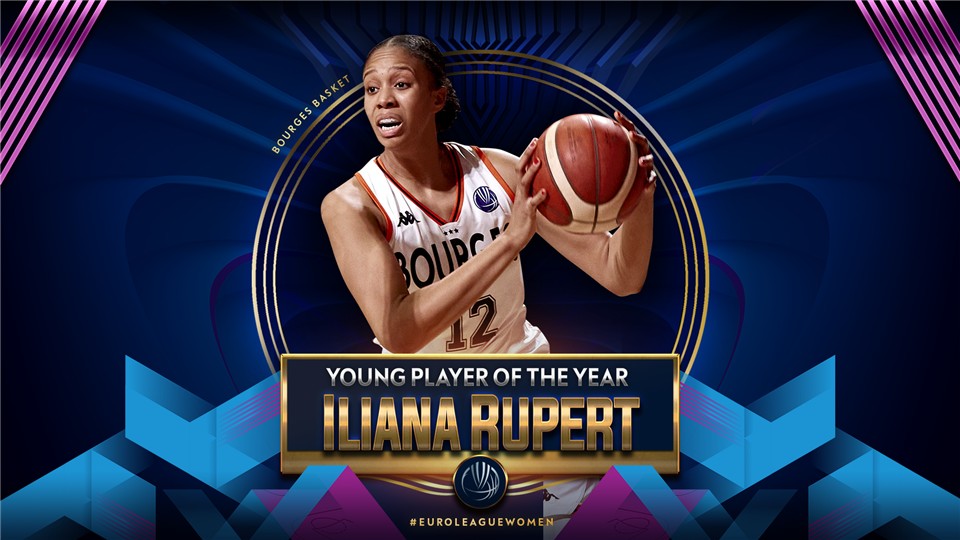 For the second consecutive season,  French center Iliana Rupert has been crowned the Young Player of the Year. While she had to sit out the first hubs for Bourges Basket with an injury, the 19-year-old instantly made a huge difference for her team on her return and helped to invigorate their prospects with some typically influential contributions. The teenager shot an eye-catching 67 percent from the field and harvested 9.3 points and 2.7 rebounds per game in four EuroLeague Women appearances.

Perfumerias Avenida had to wait a long time to make a return to the Final Four, but are back among the best for the first time since 2011 and are yet to taste defeat this season at 8-0. Huge credit is due to playcaller Roberto Iniguez, whose feat has been recognized by way of the Coach of the Year award. An expert EuroLeague Women navigator, he is now preparing to appear at the Final Four for the seventh time and with his fifth different club.