Wins for Barcelona and Maccabi, personal best for Mirotic 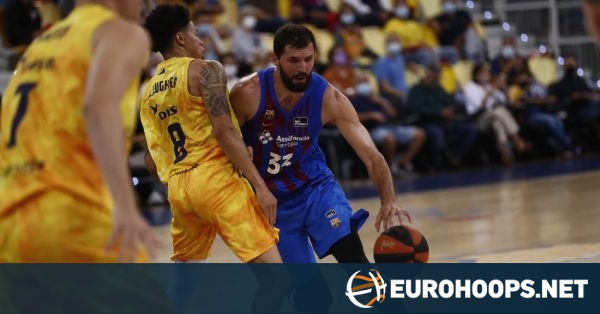 Barcelona prevailed Gran Canaria on the road almost by 20 points (82-64), dominating the first game of the second round in the Spanish Liga Endesa for a perfect so far 2-0 record.

The guests shot more than 50% on the field, while Nikola Mirotic had an admirable night with a 34 PIR thanks to 12 points, four assists, and a personal best in the Spanish League with 16 rebounds.

Despite the lack of key and preparation woes, Maccabi Tel Aviv got the easy 87-68 win over Rishon LeZion and will meet Hapoel Jerusalem on Friday in the Winner’s Cup semifinals

The post Wins for Barcelona and Maccabi, personal best for Mirotic appeared first on .

Pablo Laso: “The night before the final, Llull would shit on …